Another budget device came into market with ₹10.9k price bracket this time from the fourth largest television manufacturer, Panasonic. This device came extending their well known Eluga series with 4G capabilities and other specs that fit into the average smartphone market.

Panasonic Eluga Turbo looks like a premium device with nice design. The nice thing about this device is it has got protection on both sides. Thats right a corning glass 3 protection on display and ASAHI Dragontrail glass protection for back. I don’t know how a protection on back cover would come handy but it’s a good thing anyway. Coming to display, Panasonic Eluga Turbo comes with a 5 inch HD IPS display (1280 x 720 resolution) with as I said before, Corning Gorilla Glass 3 Protection to save from external damage. As smartphone display sizes are increasing day by day, it is nice to have a 5 inch phone which would appropriately fit into your hand and as well as pocket without giving you any trouble carrying. Even though the complete specs regarding this particular device aren’t completely known yet, this device is only 6.95mm thick which is a lot thinner when compared with it’s rivals which fall under similar price bracket. 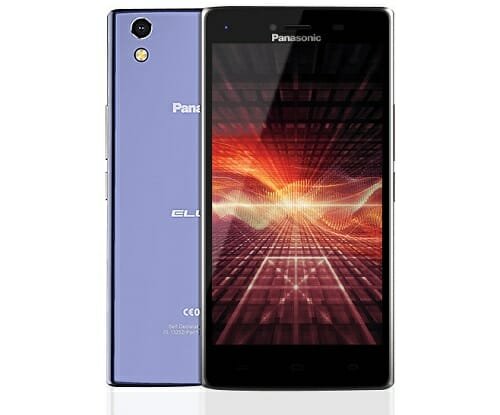 Under the hood, Panasonic Eluga Turbo features 64-bit 1.5 GHz Octa core Processor, even though the chipset isn’t known yet. Running Android 5.1 Lollipop, Eluga Turbo has a 3GB RAM and 32 GB flash storage, which can be expandable using microSD. So many good things here except it still running Android Lollipop but which again can be fixed using an OTA update. You can do multi tasking, throw in bunch of apps, play high end graphical games watch HD videos in this device without hesitation, thanks to it’s octa core processor and 3 GB RAM. You wouldn’t find issue with storage also as it can be expandable, which is an asset for this device.

Coming to the backside, Panasonic Eluga Turbo has a 13MP primary camera with LED flash having 1080p FHD video recording capability on the back and a 5 MP shooter on the front. This camera would give you some nice quality shots with better quality on day light and LED flash would come for rescue on low light conditions. Any way, this camera doesn’t support 4K even though it has enough pixels like Le1s From LeEco.

The another good thing for many people in this Panasonic Eluga Turbo is it is 4G enabled Dual SIM device. It also supports Bluetooth 4.0, GPS, Wi-Fi 802.11 b/g/n bands. This device comes with 2350 mAh battery inside from which you can actually expect decent amount of backup time. Since it has HD display and octa core processor inside, if you are an average user, you can definitely last a day with its battery.

Overall, Panasonic Eluga Turbo a typical device fitting into average price market having both pros and cons. Many devices coming at this price offering FHD display and better cameras as well. But that said, this is a great device packed inside a compact body with features an average customer could expect. If you are ookay with it’s features and looking for a budget friendly smartphone, you can give this a try.

This device is available in Snapdeal .