Probably the most popular Chinese mobile brand, Xiaomi, has launched another version of Redmi Note, which is called Redmi Note 4. The last edition aka Redmi Note 3 was a huge success, and now they are trying to take another step to extend that series. Redmi Note 4 comes with several useful features, and Xiaomi has improved plenty of things in this mobile, which will eventually help you to get a better user experience. According to some on-spot reviewers, the end-user experience would be pretty good. Anyway, as of now, we have only the specifications of this mobile, what can be found here.

As of now, Xiaomi has launched Redmi Note 4 only in China. Although, this is not launched yet in the market, but the price has been disclosed. You are about to get this mobile for $135, which is very affordable. 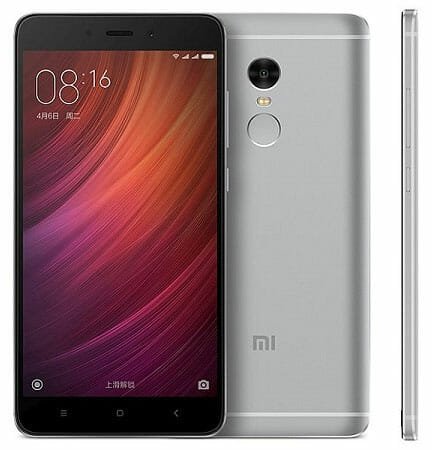 The design looks similar to the previous version aka Redmi Note 3. In other words, Redmi Note 4 has typical Xiaomi model, which means, you will get three touch sensitive buttons, 5.5-inch Full HD 2.5D curved glass display, speaker, camera, and sensors. Needless to mention that the color density is 16M and the screen resolution is 1080 x 1920 pixel. This is also needless to mention that the pixel density is 401PPI. Overall display quality would be up to the mark. As the resolution is higher, you can play high-end games with most configuration.

The design of Redmi Note 4 is not bad and like said before, it has a typical Xiaomi design. It has a full metal body, which demonstrates the built quality of Redmi Note 4. The dimension of this mobile is 151 x 76 x 8.4 mm. Obviously, the mobile is pretty big, and you may get some issues while holding it in one hand.

Redmi Note 4 comes with Android Marshmallow. On the contrary, you will get Mediatek MT6797 Helio X20 chipset along with 2.1Ghz Deca-core processor. This chipset launched back in Q4 of 2015. However, this chipset is pretty good, which is more than enough for a featured mobile. Alongside that CPU, you will get Mali-T880 GPU. The overall performance would be pretty good, and you should not get any lagging issue while doing multi-tasking or playing high-end games. However, if you play random games for a long time, you may get some problems.

Regarding battery, you will get Li-Po 4100 mAh battery, which is of course non-removable. Talking about the sensors, you will get fingerprint sensor, accelerometer, gyroscope, proximity sensor, and compass. These are more than enough for a budget Android mobile.