Last Friday, when I visited the Airtel office at Kolkata, I had a few things in mind. Frankly, this was the first time I am attending a preview event from a telecom comapny. Venturing into something new always has some challenges. I had a little prep on the nitty-gritty of the 4G thing. Considering the fact that this was launched during the start of second quarter, I was late. Yet it was better than never. Airtel had currently called me over and here goes what I saw back there.

The Indoor CPE (Customer Premise Equipment) with WiFi that serves as a pre-configured data modem for your 4G connection, is currently priced at INR 4999 and looks quite sleek and robust. The performance was quite promising and while I was there it was connected to over 8 devices which included an iMac, iPad, Blackberry tablet, two Samsung tablets (including mine) and a few more. The reception was brilliant within the room it was housed. Unfortunately, being noob I forgot trying it at a distance away from the room. The 4G multi-mode dongle comes at a whopping INR 7999. So if you desire portability and speed, this surely will make a hole in your pocket. The USB device is compatible with almost all the popular OS platforms. 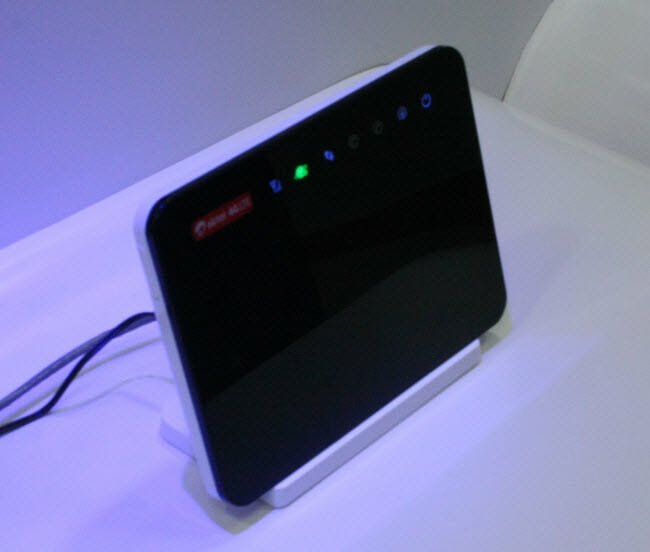 Now coming to the speed of the 4G connection, I would say, it was great compared to market standards. I tried playing an Youtube video (People Are Awesome 2012) at Full HD (on the iMac) and I was really amazed at the buffering speed and smooth streaming. After an initial lag of 1-2 secs the buffering position was always way ahead of the streaming position. I tried Speedtest.net for having an actual figure for the speed of Airtel 4G LTE. After a couple of tests it averaged at almost 18-20Mbps and had a peak speed of 24.04Mbps. However, the team demoing the connection demanded that a maximum of 28Mbps can be achieved with the connection. You can have a look at their tariff plans here. 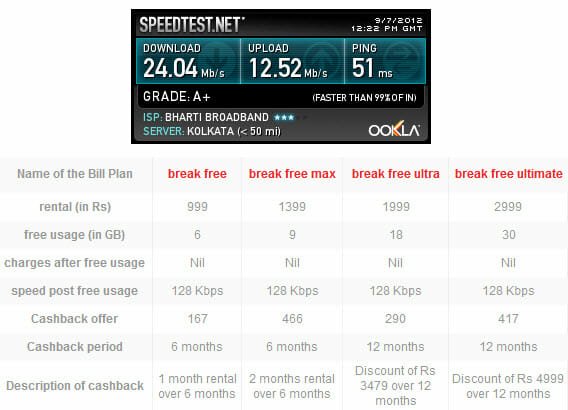 Over the years, I have used Airtel and had a handful of unpleasant experience with them. And probably that’s why I switched sides lately. However, the team back there was excellent all the while I was back in their office. Maybe that happens when you are a probable promotion package. But, if I expressed my discontent with their customer service, I should and would express my heartiest thanks for the dignified demeanor and eloquence (about what they demonstrated) of the marketing and PR team.

I tried 4G on my Galaxy Tab 2 and I’m glad at what I experienced. I’m already on 3G and based on what I have seen I’ll be switching to 4G as soon as my 3G tariff period ends. And if you are craving for portable blazing speeds across Kolkata (currently Kolkata and Bengaluru are covered), Airtel 4G is the definitely way to go.