Playing games alone on Android mobile is fun. Many people use it to pass the time. However, the joy gets doubled when you play games with friends. If you are willing to install another game on your mobile, you should check out these best online multiplayer games for Android. Almost all of them are available for free, but you need to pay money to gain more features or packages.

If you have proper hardware on your mobile, Asphalt 9: Legends is what you need. This is the best online multiple racing game for Android mobile. The graphics, user interface, features are top-notch. You cannot find any problem like glitch, lag, etc. However, if your phone does not have good hardware, all those problems would be very common. Challenge your friends and win the race – this is the main motto of this game. This game is compatible with Android 4.3 or later version. It is a free game, but you need to purchase various cars, packages, etc. 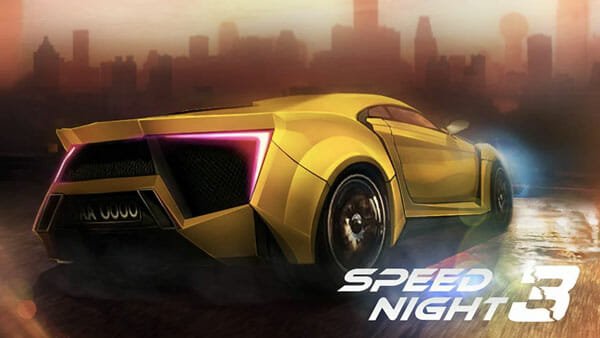 Speed Night 3 is probably the most underrated multiplayer racing game for Android. Although it was quite popular during the initial stage, it lost its popularity over the past couple of months. However, if you need a free racing game, this is what you can download. Speed Night 3 comes with all the essential option you need in a game. From upgrading your car to challenge your friend, everything is possible in this game. This game is available for Android 4.1 or later version.

3] Need For Speed No Limits

Need For Speed (NFS) is famous for a long time now. Previously, only PC users could play this awesome game. However, now you can download various editions of NFS on your Android mobile. Although it shows only 62MB on Google Play Store, you need to download a big package to start playing this game. Therefore, a good internet connection is required to get started with this racing game. Talking about compatibility, you need Android 4.1 or later version. Download 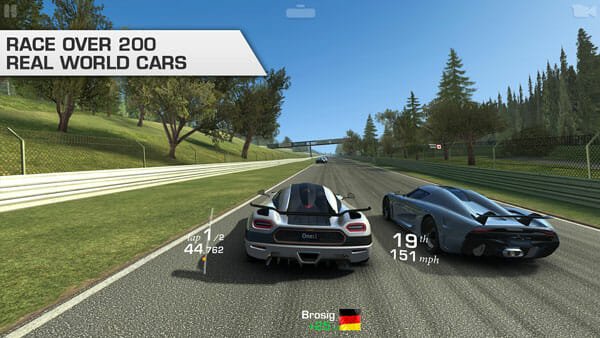 If you need a complete online multiplayer game for Android, Real Racing 3 is what you need. This game offers everything a gamer needs. It has been downloaded more than 200 million times from Google Play Store, and that huge number cannot manipulate you. All the cars are being driven in the game by real people. It doesn’t have any bot or an automated system. Therefore, this is funnier than other racing games. As usual, you can download it for Android 4.1 or later version for free. However, if you want to unlock all the features, you need to pay some money.

If you do not have any problem with a zombie on your mobile screen, Dead Target would entertain you for sure. This game is available for Android 4.1 or later version. Being available for such a wide range of mobiles, it gained a lot of popularity over the years. The rule of this game is simple. You land on a location to kill zombies. You can shoot either alone or with friends. Download

If you love multiplayer war games, Battle of Warships will be an excellent game for you. As the title defines, you need to destroy other warships to win the battle. As it is a multiplayer game, you can play with your friends as well. The only problem is you cannot chat with your friend during the gameplay. Download

Infinity Ops is a sci-fi multiplayer game for Android, which is available for Android 4.1 or later version. If you have ever played any shooting game, you won’t have any problem playing this one. There is a simple rule. You get a team, and you need to kill your enemies. You can play with online players, or you can invite your friend to play with you. Download

If you are into mobile gaming, there is almost zero chance that you haven’t heard of this action game. If you need a game with voice chat option, PUBG is what you need. This is one of the most popular multiplayer action and shooting games for Android. In case you haven’t played this game, you should read the rules first. The basic rule is you’ve been air-dropped in a location, you need to find weapons, and kill others. If you’re the last man alive, you get massive bonus and points. Recently the developers have launched a LITE version of this game. However, if you want to get full functionalities and graphics, you should install the standard edition. Download

There are more other games that require your attention. Some of them are mentioned below.

Carrom is popular in South Asia. If you have heard of this game and you know the rules, you can play this game without any problem. As this is a multiplayer game, you can challenge your friends or play with other online players. There is no need to spend money if you have got the skill. Download

Carrom Pool and 8 Ball Pool are developed by the same people. Therefore, you get quite similar options. It has a chat option to send various pre-written texts to the opponent. If you like to play the 8 ball pool on your Android mobile, you should install this one. It is ad-free, and you can download it on Android 4.1 or later version. Like Carrom Pool, it has some paid packages, but they are not mandatory. Download