TweetDeck Finally Gets Lists Management And A Bunch Of Interesting Features

TweetDeck has been my favorite desktop client for Twitter and it continues to be so. For the past couple of years, I have used Seesmic, Destroy Twitter, Yoono, Echofon and the official Twitter app on Android but honestly, TweetDeck rules them all. This is mainly because of four reasons:

The one thing I have always missed in TweetDeck is full featured support for lists.

Of course you can follow any list from TweetDeck but there is no option to create lists from TweetDeck, add more people to a list or remove someone from any of your custom Twitter lists. In order to manage any of your Twitter lists, you have to use the Twitter web, which is extremely daunting and at the same time, very inconvenient.

Here I am watching a Twitter list for interesting stories and find someone spamming the list or doing excessive self promotion. There is no way I can remove this person from the list on TweetDeck, other than setting a permanent block from TweetDeck Settings. Then Twitter did acquire TweetDeck and there has been almost no news or update of this awesome desktop client ever since.

Good news, TweetDeck has just released a new version of their desktop client which now supports list management, inline image previews and brings a whole bunch of other interesting features. Now you can create and manage custom Twitter lists from TweetDeck itself, without having to mandatorily use Twitter from a browser. Following is an example: 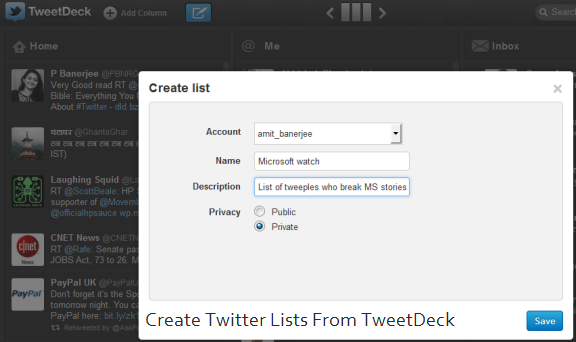 When you have created your custom Twitter list (both public and private lists are supported), you can either use the search box to add members to the list or add someone from his user profile section.

Both ways, this is really time saving, lets me instantly brainstorm a list and add or remove members with just one mouse click. The list suggestions that TweetDeck shows on the list page is magically accurate, just make sure you fill in a proper description of the list first. The more accurate and descriptive your description is, the better suggestions TweetDeck will offer. 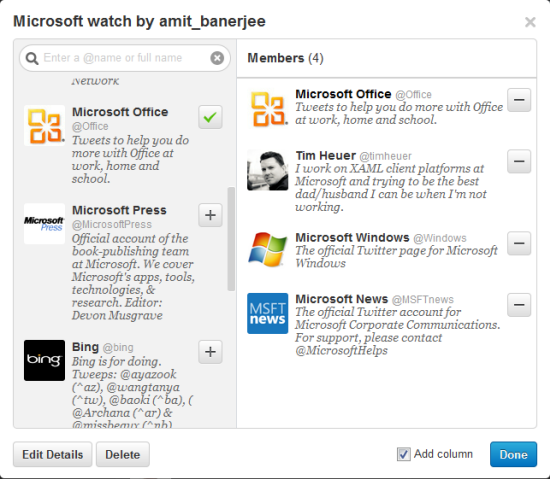 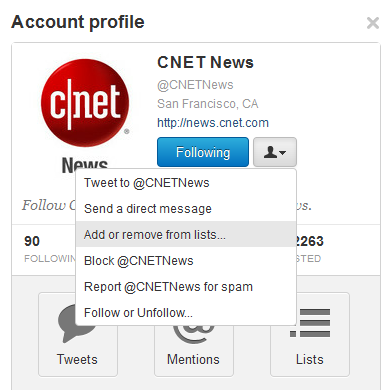 The latest TweetDeck upgrade also pulls cool new features from Twitter’s new interface. For example, you can add a column for Twitter interactions, a column for your activity feed and another one for watching a particular hashtag or keyword. I am not much of a fan of the activity feed and neither too excited about “Interactions”  but if you are not like me and want to get alerts when you have been followed, added to a list, retweeted or favorited, this new TweetDeck will add more charm to your desktop tweeting experience.

Have a look below: 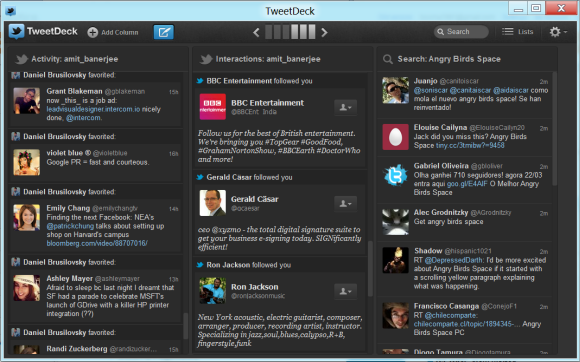 Mind you, this baby can run without Adobe Air and also shows inline preview of images, videos and media attachments; so you don’t have to open up the browser every time you want to view the media attached to a tweet. One more thing which you get in TweetDeck and not in the regular Twitter web – a classic RT button, thereby allowing you to edit a tweet before retweeting it. This is a must for heavyweight tweeples who want an easy option for adding short comments before a retweet or want to customize a retweet message before retweeting the same to their followers and friends.

Over all, this new TweetDeck for desktop is a completely new experience on steroids, do give this a try and let us know your thoughts in the comments section below.