Days are gone when Google used to launch a new Nexus device every year. From 2016, Google has started launching Pixel series. This is the third year, and you have got Google Pixel 3 and Pixel XL 3, two brand new smartphones for consumers. If you often read tech-related news on the internet or you are a member of different tech-related forums and Facebook groups, you might have already got some news before the launch. Being said that, most of the pre-launch leaks are true. However, there are a lot more things those Google has included in these two devices. Take other things aside and do check out this article to know everything about Google Pixel 3 and Pixel 3 XL.

Please Note: This is not a review article of Pixel 3 or Pixel 3 XL. You can find the configuration, feature and other updates in this article. 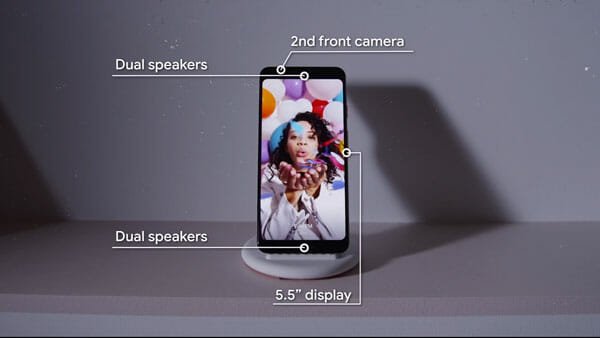 Google Pixel 3 has got several improvements in terms of configuration, features, and everything. Let’s get started with the dimension. You will get a dimension of 5.73 x 2.69 x 0.31 inch, and it weighs 148gm. It comes with an aluminum frame, and the back side of this phone has metallic as well as mesh finish. Corning Gorilla Glass 5 is included on the front as well as the rear side so that you get a better protection from scratches. It does support Nano-SIM as well as eSIM. Talking about water resistance, you will get an IP68 rating, which means this phone is Water and Dust resistance.

The display of Pixel devices is always a plus point, and you are about to get a much better display with Pixel 3 since it comes with a 5.5-inch P-OLED capacitive touchscreen with a resolution of 1080 x 2160 pixel. It has HDR support and 100% DCI-P3 coverage. Apart from that, if you like to get a notch, you won’t get it on Pixel 3.

Google Pixel 3 is powered by 10nm Octa-core Qualcomm SDM845 Snapdragon 845 chipset, which is probably the best chipset you can buy, as of today. Regarding GPU, it comes with Adreno 630, which will provide a great viewing experience while watching a YouTube video, movie on Netflix or playing high-end games. Regarding the memory, you will get 4GB of RAM with internal storage of 64GB as well as 128GB. The setback is you cannot insert a memory card.

There is no doubt that Pixel 2 had the best camera even after a year of launch. According to Google “we have taken the best camera and made it even better.” Therefore, you can expect a huge improvement in this camera. In terms of numbers, you will get f/1.8 12.2MP rear camera with Optical Image Stabilization, dual pixel PDAF, dual-LED flash, HDR, panorama and so on. This rear camera is capable of recording 4K video at 30 FPS and 1080p video at 30/60/120 FPS and 720p video at 240 FPS. The negative thing is you cannot record 4K video at 60FPS even after spending so much money. Talking about the front facing camera, you will get dual 8MP camera setup. The first one comes with f/1.8 wide-angle lens and the second one comes with f/2.8 ultrawide-angle lens for taking group selfie without cutting anything.

This mobile has got some improvements in the battery section as well. Previously, Pixel 2 came with 2700 mAh battery. However, the Pixel 3 has non-removable Li-Ion 2915 mAh battery.

Talking about other features, you will get Bluetooth 5, Wi-Fi, Type-C to 3.5 mm headphone jack adapter, Fingerprint (rear-mounted), accelerometer, gyro, proximity, compass, barometer, fast charging, wireless charging, stereo speakers, active noise cancellation with dedicated mic, and so on. The best thing is you can handle the telemarketers and other spam calls with AI. Regarding security, your phone will have a Titan chip. In the camera, you will get the Playground that is a part of AR. 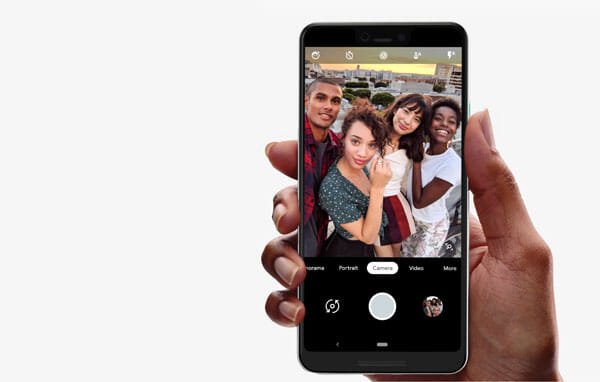 There is not a huge difference between Pixel 3 and Pixel 3 XL, and that is because Google wants to offer the same user experience, no matter whether you purchase the Pixel 3 or Pixel 3 XL. However, obviously, you will get some minor differences like the followings.

As it comes with a bigger dimension, the size of this display is quite bigger as well. The best things are you will get an edge to edge display, and it has a notch. You will get the 6.3-inch P-OLED display with a resolution of 1440 x 2960 pixels.

Although Pixel 3 XL has got several improvements from last year’s Pixel 2 XL, the battery capacity has been reduced from 3520 mAh to 3430 mAh.

Apart from these, everything is same as Pixel 3. Being said that, you will get fast charging, wireless charging, Playground, Top Shot, Digital Wellbeing, and so on.

If you want to get the wireless charging option on your Pixel 3 or Pixel 3 XL, you must have to purchase the Pixel Stand, which costs around $79 in the US.

For customizing and protecting your phone, Google has rolled out some cases as well those start from $40.

If you want to know what some of the best YouTubers think about these devices, do check out these videos: