When, HTC launched HTC One M8, it was a big hit in the market since HTC included some features those were almost unavailable in other mobiles. Following that, they launched HTC One M9 in March 2015. It was another success for them. However, now, HTC has launched One M9s to extend the “One” series. According to the report, HTC One M9s has been launched in Taiwan with some awesome features. The good news is HTC One M9s will be available from November 20.

HTC generally launches mobiles in Taiwan. Following that, the mobile gets popularity across other countries. The same thing is going to happen again. Although, One M9s has been launched in Taiwan, but it will be available in other countries very soon. Therefore, if you are excited to know more about this brand new Android smartphone, check this out. Here is the full phone specification, features, price and all the other information about HTC One M9s. 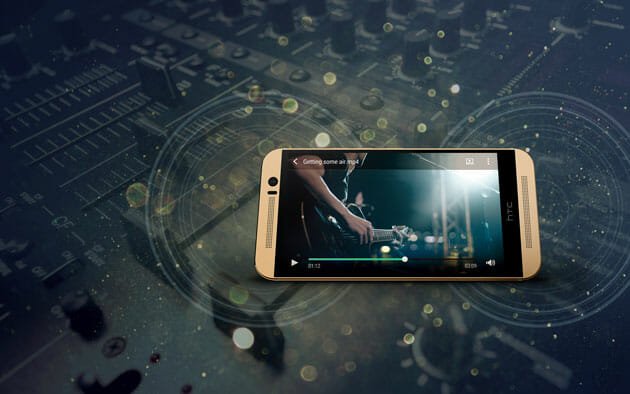 This is a truly awesome mobile. Nevertheless, it comes with some similarities with HTC One M9. But, obviously, this is coming with some distinctions too.

Although, HTC One M9 launched in seven different colors, yet, this new smartphone is available in only one color variant. This is gold in color. It carries the same looks of the previous mobile aka HTC One M9. Anyway, this mobile looks really awesome in that color combination. On the front side, you can find all the sensors like proximity sensor and all. Apart from that, the front facing camera is also included. On the back side, a camera along with the LED flash is included. This is actually gold and silver combination on the back side. On the other hand, you should not get any major issue to grip this mobile. Even though, the height of this mobile is almost 5.69-inch, yet, most of people are familiar with such size. Therefore, it should be a problem at all. The dimension of this mobile is also same as older variant. That means, it is 5.69 x 2.74 x 0.38 in and the weight is 158gm.

Alike other recently launched mobiles, you will get 4G LTE alongside 2G and 3G. This is a single SIM Android mobile, which will be running on Android 5.1, as of now. Obviously, you will get Android 6.0 update in near future but it will take time. However, it supports nano-SIM, which is pretty common nowadays. This is spare to say that other regular connectivity related features like Wi-Fi Direct, Wi-Fi hotspot, Bluetooth, GPS, NFC, Radio etc. are available. Apart from them, you will get microUSB 2.0 too. In terms of sensors, this mobile is good enough as it contains accelerometer, gyro, proximity and compass. HTC confirmed that all of them (mainly Compass) will be working flawlessly.

HTC has never compromised with the display and this time, there is no exception at all. Alike HTC One M9, you will get a 5-inch Super LCD3 capacitive touchscreen those will be having 16M color density and like around 441ppi pixel density. The resolution is pretty big as it will provide a resolution of 1080 x 1920 pixels. This confirms how big and good your display will be. But, if you check other HTC mobiles, you cannot find something special in this display since this is common in HTC smartphone. But, other mobile users can find it awesome. For screen protection, you will get Corning Gorilla Glass. This time, HTC included Gorilla Glass 4 for display protection purpose. Above all, you will get the native sense UI 7.0, which will make it even better. 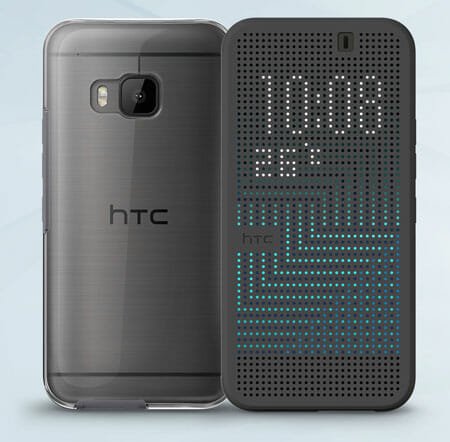 Here, you can find some distinctions since HTC has changed the chipset and some other features those generally play the vital role to make the smartphone faster. In HTC One M9s, you will get Mediatek MT6795 Helio X10. On the other hand, it contains Octa-core processor clocked at 2.2 GHz. The clock speed has got a major improvement in this mobile. Having said that, HTC always uses a different GPU and this time, there is no exception as this Android smartphone contains PowerVR G6200.

Whenever, someone buys a high-end mobile, he/she checks the processor and RAM. This mobile contains a good processor and chipset. Now, it’s time to introduce the RAM. Apart from that awesome processor, you will get 2GB RAM, which will make your smartphone even smarter. In terms of internal storage, it is good as well. You will get 16GB internal storage and more than 11GB to install apps and store files. The most exciting thing is you can extend the storage up to 200 GB using microSD card.

When, some features have got an improvement, some other features got reduced – in terms of quality. For instance, HTC One M9 launched with 20MP rear camera but you will get 13MP rear camera in HTC One M9s. Certainly, the screen resolution is reduced as well. You will get a resolution of 4128 x 3096 pixels. On the other hand, optical image stabilization is also included in the rear camera, which helps to make the image better. Apart from that, you will get other regular features like auto-focus, LED flash (dual), HDR, panorama etc. This is possible to record vide in 1080p at 30 FPS. In addition, you will get 4MP front facing camera. Another interesting thing is the secondary camera is capable of recording video in 1080p at 30 FPS as well.

Alike the previous mobile, a non-removable Li-Po 2840 mAh battery is included in HTC One M9s. This mobile is capable of providing 25 hours of talk time on 2G and 21 hours on 3G. However, more information of this mobile’s battery is still not unveiled.

This is truly awesome mobile, which is priced at $390. In simple words, this is quite cheap considering the quality of features. This mobile comes with good camera, chipset, display and looks. But, the battery may create some problems – this is just an imagination though.