The Taiwan based electronic giant Acer is already an established brand in India. Especially the laptops made by the company got good reviews here. The company had recently launched two mobiles phones in India under its liquid series : Liquid Z530 and Z630S which would be available for purchase exclusively on Flipkart. The company thinking to make a come back in Indian smart phone market with these two models while becoming a part of make in India campaign. The company plans to manufacture these two variants in India itself with a production capacity of 1lakh mobiles per month. Apparently if the demand gets increased, the company will try to scale up capacity of the plant. 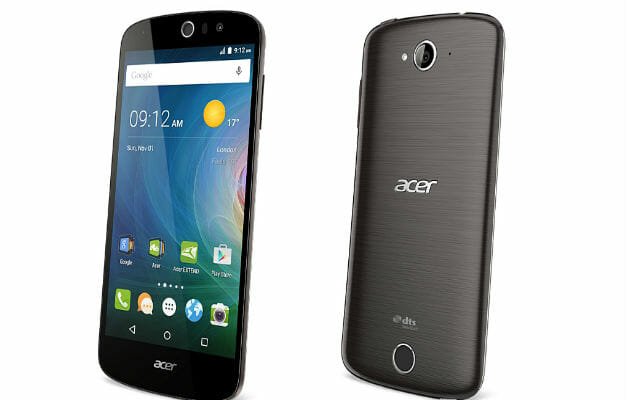 These two phones are budget friendly, Z530 is priced at Rs.6,999/- and Z630S costs Rs.10,999/-. Quiet an impressive price though, but are they worth the price? Let’s take a look at the features and specifications of the two and find out.

The high-priced variant Z630S is made up of plastic body all over. It’s not that bad, but considering it’s price, the company could made it look premium, but they choose not to. If you consider its competitors such as Xiaomi Mi 4i and Asus Zenfone 2 etc, the phone looks not so good. Coming to the display, this phone has a 5.5 inch screen with 720p display. Clearly, this phone is bigger in size with HD display. If you take any other phone of similar size, the display resolution would be higher, at least 1080p. If you take other phones with similar price, you would definitely notice a difference in terms of the display. Dimensions of this phones are 156.30 x 77.50 x 8.90mm.

Coming to the second one, Z530, it has 5inch display with 720p display resolution. If you compare both phones, you would find the display of Z530 clearer and brighter. This phone is also made of plastic, and feels solid in hands. The dimensions of this phone are 144.00 x 70.30 x 8.90mm. If you compare both phones, both are of same thickness, but with a difference in length and breadth.

As you can see, Z630S comes with higher processing power and RAM considering it’s price. However, Z530 would also perform well and handles multitasking decently without any lag.

Camera
Both devices got 8MP sensors on front and back as well. Having 8MP sensor on the back might not give best camera performance in the world, but having the same at the front is an asset and would fulfill your hunger for selfies. The company also claims these two phones as selfie focused. So you got your deal there.

Battery Life
Z630S has huge 4000mAh non removable battery inside and Z530 has 2420 mAH battery. Even though Z630S has bigger display, since it has lower resolution, you will get good battery back up in this device for sure. This is another asset of this device.
Even though Z530 has less amount of battery, considering its size and processing power, this device also performs decent, considering it’s price.

Both devices are dual-SIM variants and include Wi-Fi 802.11 a/b/g/n, Bluetooth and Micro USB options as well.

Both devices are budget friendly devices having pros and cons as well. Z630S has huge battery, bigger display but with plastic design and low display resolution, even though it’s price is high.For 10k, there are other phones available with some nice features in the market. But if you have are looking for a phone priced at 7k, Z530 would be a better choice. It has got HD display, 2GB RAM and 8MP front camera and performs well.

What do you think of these two devices? Do let us know in comments.