How to Record Android Screen on PC

If you are using Android, you may know how good it is and what are the reasons, why you should opt for Android. Basically, Android is a very handy mobile platform and Android mobiles are bit cheaper than other platforms like iOS. On the other hand, thousands of free games and apps are also available for this mobile OS. This is very easy to do anything whatever you like. At the same time, if you get any problem, you can certainly solve without heading over the service center.

Let’s assume that you are a tech blogger or someone, who often uploads video on YouTube based on different tutorials. Now, you have got a problem in your Android mobile and got the solution as well. Just for helping others to solve the same issue, you wish to share a video tutorial on YouTube or your blog. Or, suppose, you want to share a gameplay on YouTube. At such times, obviously, screenshots will not work at all. In addition, sometime, you cannot capture screenshots while playing a game on your mobile.

Therefore, if you want to record Android screen, here is a very easy tutorial. This guide will let you record Android mobile’s screen on PC. Obviously, this is not possible without any third party app. Therefore, you will have to install a simple and free software on your PC and mobile to get things done.

How to Record Android Screen on PC

Like said before, this is very easy and not much time consuming as well. At this time, you can use Team Viewer which is a free tool and works as a remote desktop software. Although, there are so many other remote desktop tools available for various platforms, yet most of the people often opt for Team Viewer because of its stability. Apart from sharing Android screen with PC users and vice versa, you can also record Android screen on PC with the help of Team Viewer.

Therefore, you have to use TeamViewer QuickSupport, which has been developed by Team Viewer developers. This tool will help you to show mobile screen on PC. Therefore, install it on your mobile and install Team Viewer on your computer. After that, connect both devices.

After connecting, you can find a window like this, 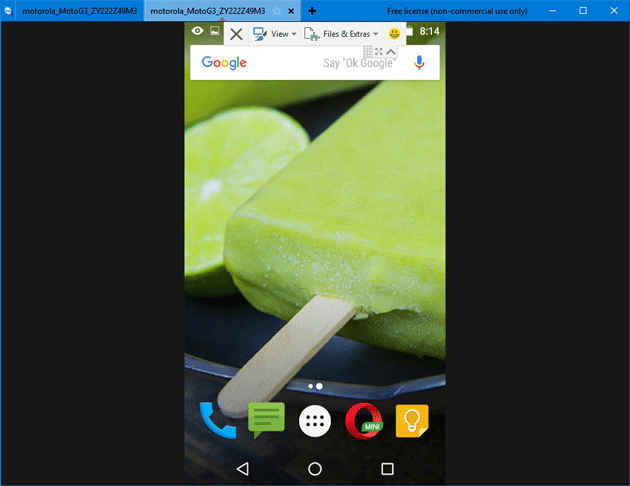 That’s it! Now your recording will be started immediately. To stop the recording, again press the same button to reveal stop or pause buttons. After that, you can save the recorded video anywhere in your computer. However, the problem is you cannot play the recorded video using any standard video player as it has a .tvs extension. Therefore, you have to convert this format to another standard video format. For that, you have to follow the subsequent steps.

Open Team Viewer on your PC, go to Extras and select Play or convert recorded session. 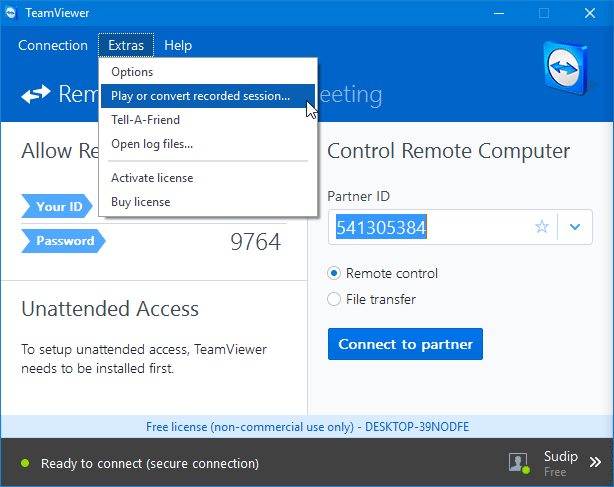 After that, you can find a window like this, 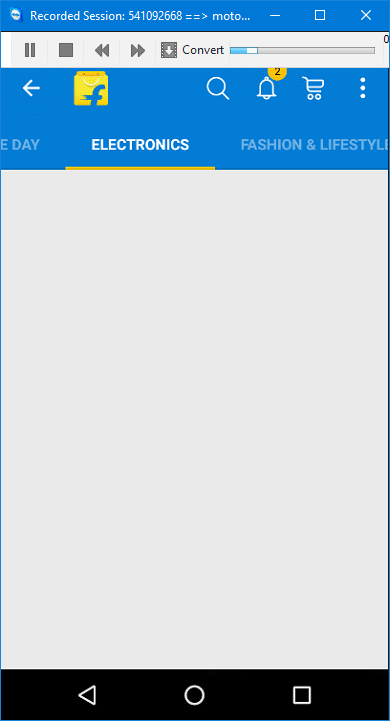 Click on Convert button. Following that, you will have to choose a path, codec and resolution.

That’s it! After completing the conversion, you can play your recorded video using any standard video player.