Android is one of the best platforms out there. Everything you need is available on Android. By default, Android has several features, which is good but not up to the mark. Google should set about improvement as soon as possible. Some of those “can be improved” features are default Android keyboard, UI etc. Google should add some features like gesture typing or emoji etc.

We have previously introduced SwiftKey, which is available for both Android phone and tablet. You know that SwiftKey is a gesture typing keyboard app that predicts the forthcoming word very quickly. SwiftKey is available at free of cost for Android 2.3. It adds not only a regular keyboard but also some emojis, themes etc. The autocorrect system of SwiftKey is far better than in-built on screen keyboard. The most interesting thing is, you can download and use various languages right from a single keyboard. 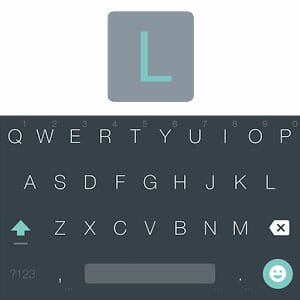 You might have already heard about Android L, the most recent version of Android. Although, Google has not launched any smartphone along with Android L, you can get the Android L keyboard on your any Android device. This brilliant keyboard app is developed by Short Stack and available at free of cost. This is the smallest keyboard app with a huge approach. The keyboard looks pretty good and uncluttered. Many Android developers have already told that most of the Android L’s UI would be flat and Android L keyboard app is the proof. 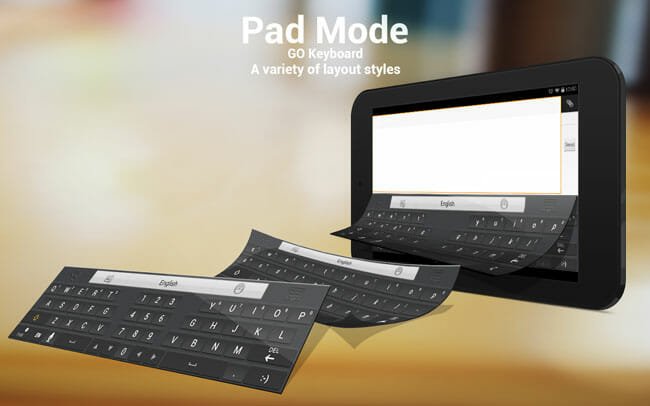 This is the most customizable keyboard app out there. You can use 10k+ themes after downloading them right from the app. By default, it doesn’t have any emoji. If you want to get some emoji, you can download the corresponding plugin too. The word correction system is better than even SwiftKey. The most interesting feature of GO Keyboard is you can use it is various layoutsi.e. QWERTY or QWERTZ etc. Google Play offers this app without any purchase but it requires in-app purchase if you want more features. Gesture typing is also available in this keyboard app. 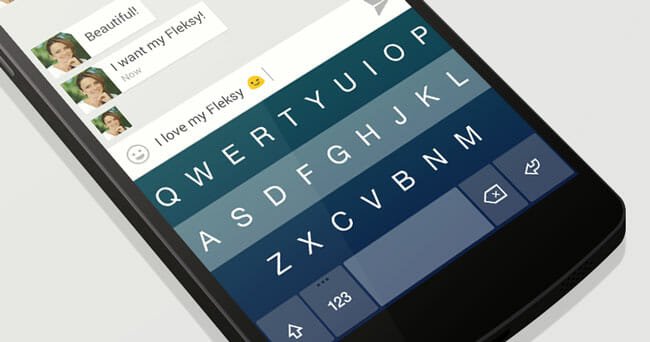 Fleksy is available for Android for a long time now. Even they have developed the Fleksy app for iOS 8 as well. Anyway, Fleksy for Android is obtainable for Android 4.0+. This is as good as aforementioned keyboard applications. You will get incredible autocorrect system and gesture typing option through Fleksy. In this keyboard, you do not have to purchase or download any other plugin to get emojis since they are available by default. Fleksy supports plenty of languages e.g. English, Spanish, French, German and more others.

This is yet another third party keyboard app that comes with gesture typing. Alike other keyboard apps, it also has hundreds of emoji. You can save your settings and all word predictions to respective cloud storage so that you can use them even after reinstalling. TouchPal keyboard has some awesome looking themes as well and all these above-mentioned things come at free of cost. Just like GO Keyboard, you can use TouchPal in different layouts.

Obviously, there are many other third party keyboard apps available for Android and most of them are different from one another. Just try and know which one works better on your phone.