ZTE has launched yet another mid-range Android mobile called ZTE Blade V Plus. Although, the overall design is very same as the previously launched ZTE Blade A711, but you can find some differences in the internal parts. Therefore, you can call them two different mobiles as they have two different model number as well as hardware. However, most of the features and hardware are same in both of them. Anyway, this time ZTE has made some improvements than their earlier mobiles and as a result, they have successfully implemented some good hardware. Let’s check out the full phone specifications of ZTE Blade V Plus. 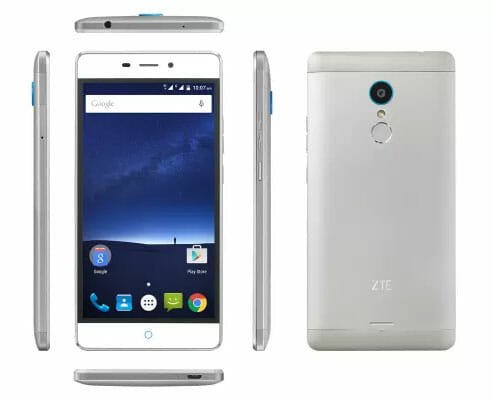 As mentioned before, you can find some decent features in this mobile, the first thing is body. You are about to get complete metal body with this ZTE Blade V Plus. Therefore, there is no scratch or damage issue at all. Obviously, you will get both of them, but that is minimum. However, the weight should be more than usual as ZTE is using metal body this time. The overall design of ZTE Blade V Plus is really good and there is no doubt that the finishing edges looks great. You can find one physical button in the front side of this mobile. On the other hand, power and volume up/down buttons are included on the right side. You can find camera with flash on the back side. This is how it looks in words. The dimension of this mobile is 155.3 x 77.2 x 8.55mm, which is little bit bigger than usual and it weighs 164gm. Comparing with the body, the weight seems lighter.

Talking about the display, you will get quite big 5.5-inch IPS display with multi-touch support and 16M color density. On the other hand, the resolution of this display is 1920 x 1080 pixel, which is really big. You should not get any problem while playing high end games on this mobile. Apart from that, you will get MediaTek motherboard/chipset with ZTE Blade V Plus. Obviously, MediaTek mother can help you to do more multi tasking, play more games without any issue etc. To power this up, you will get 1.3GHz octa-core processor. In terms of GPU, this mobile comes with Mali T720 GPU.

The very next thing is RAM. You will get 2GB RAM, which is very common in entry-level as well as mid-range Android mobiles. The same thing is available with ZTE Blade V Plus. At the same time, you will get 16GB internal storage and it can be extended up to 32GB using microSD card.

ZTE always try to include a high end camera and this time, there is no exception. You will get 13MP rear camera along with flash and some other features like geo-tagging, touch focus, face detection, panorama, HDR and more. The best part is you can record video in 1080p. Although, this is common in mid-range mobile, but it is certainly a plus point. At the same time, you will get 5MP front facing camera with this mobile.

Talking about the battery, you will get 3000 mAh battery. As IPS display is a LED display, you will certainly get really good battery backup from this mobile. As said, the standby time is 220h and talk time is 9h on 3G.

In terms of other features, you will get several things like Wi-Fi, Bluetooth, GPS, microUSB 2.0 etc. On the other hand, fingerprint sensor is also included in this mobile. All these things make the smartphone even better.