The well-known computer electronics company has been making mobiles since a long time now. This time, they have launched an entry level Android mobile called Asus ZenFone Pegasus 3, which has been launched in China. Although, there is no such news on the availability in other countries, but it seems it will be available in the next month as Asus will not delay since other mobile manufacturers are doing well by launching several mobiles at a decent price.

Pegasus 3 comes with some good features and configurations, which will certainly attract you. If you haven’t noticed the name, you should check it again as this is the first time, when Asus has launched a mobile with a new name tag called Pegasus and Pegasus 3 is the very first smartphone that is carrying the name.

The designing of this mobile is really well and it looks very professional with the silver lines on golden back panel. There is no physical home or recent apps buttons on the front side. However, you can find the fingerprint sensor, camera, flash etc. on the back side. It has a complete metal body, which makes the smartphone even better in terms of build quality. This is not too big as the height of this mobile is 148.5mm. 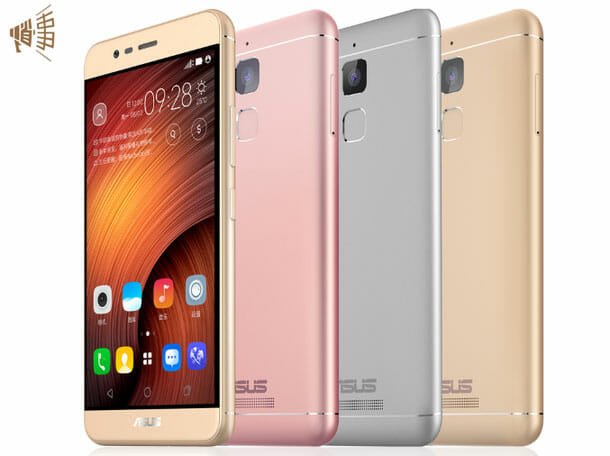 This dual SIM Android 6 running mobile has a 5.2-inch IPS LCD display with a 16M color depth and a resolution of 720 x 128 pixels. The pixel density is 282PPI. Although, the display size is 5.2-inch yet you cannot find a larger screen resolution in this mobile. The popular ZenUI is also available in this mobile, which makes the interface different from stock Android.

Talking about the core hardware, you will get MediaTek MT6737 64-bit chipset along with Quad-Core processor clocked at 1.3GHz. The overall performance would be good because of the specifications. On the other hand, you can find Mali-T720 GPU to power up the graphics. Having said that, these mobile users will not be able to play very high end games with lagging but mid class games will not produce any problem at all.

Like other same range mobiles, you can find 13MP rear camera along with LED flash and some other regular features. On the other hand, 5MP front facing camera is also available in this mobile to take selfie to other do video chat.

The last but not the least thing is battery. It features 4100mAh battery that is really impressive.