Another variant is all set to hit the market from the famous Chinese mobile company, LeTV – LeTV Max Pro. We had already seen the announcement of LeTV Max couple of weeks ago and this time the company had come up with another variant in the Max series itself. The unique thing is this particular device has been announced by famous chip maker Qualcomm at CES’16 event happened earlier week showcasing that this is the world’s first device to include their new Snapdragon 820 SoC. We didn’t hear any news from the company yet, but we can expect an event would happen from their end too.

Anyway, from the specs on paper, this device is a beast with many amazing specs . It is big n big in many ways – Huge display, Powerful chip, camera etc came out to be high end. Let’s take a deeper look into it’s specifications.

LeTV Max Pro, as the most of smartphones do, has metallic unibody with curved edges. The design looks very nice, the bezels are thin and the device fits correctly in the hand. So, no complaints not soever in the design segment. Coming to the display, LeTV Max Pro has a huge 6.33″ IPS LCD Quad HD (2560×1440 resolution, @464ppi), same as what we’ve seen in Max. This size is the biggest known display size till now and it’s really really big. You cannot fit easily in your pocket and if your hands are small, you feel this device is huge. But bigger display has some advantages too – you can watch HD videos, and play high end graphic games in this massive screen with more clarity. Without a doubt, Quad HD resolution on this massive screen would give you nice brightness, responsive touch sensitivity, vivid color production and great viewing angles. If you are okay with huge screen and you better be, you are going to love this display. This guy measures 167.1×83.5×8.95mm and weighs 204 grams in hand which means this device is taller, wider and thicker compared to many phones out there and not the lightest either with it’s metallic body and it’s internals. LeTV Max Pro also has a finger print scanner on the backside with Qualcomm Sense ID, which is a security mechanism offered by the chipset. 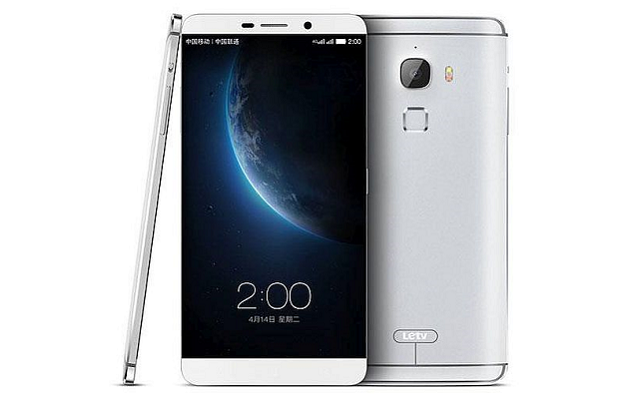 Under the hood, LeTV Max Pro comes with new 2.2 GHz 64-bit Quad-Core Qualcomm Snapdragon 820 SoC coupled with Adreno 530 GPU, which is the major differentiating factor if you compare it with Max. This guy comes with 4 GB RAM, 64 GB flash storage, non-expandable. On the software side, LeTV Max Pro runs LeTV customized EUI based on Android Marshmallow 6.0 out of the box. Clearly, this device has one of the best high-end core specs in any Android device on paper. You can say this device would let you do heavy multi tasking, High resolution video play back without any hitch. You can throw bunch of apps and heavy games on this device, and use the storage to store your favorite multimedia stuff and this device handles them pretty smoothly. Running Android Marshmallow is another asset of this device as many are still getting announced running Lollipop.

Coming to Camera section, LeTV Max Pro has 21 MP (OIS, dual tone LED flash, f/2.0, Sony IMX230 sensor) on the back and 4 MP front facing ultra wide lens (OmniVision OV4688 sensor), on the front side. Again, having famous Sony sensor, this device would give you great shots with appropriate color saturation. According to reports, LeTV also included various tweaking modes on the camera app, using which you can take some better quality pictures. Having optical image stabilization is a plus to this camera, and dual tone flash would come for help in low-light conditions as well. Even confirmation needed on 4K video shooting, but this device is expected to shoot that as well as there are enough pixels and chipset inside also supports that.

On the connectivity side also LeTV Max Pro looks like a winner and came out with some awesome features. This guy is a 4G LTE enabled device with VoLTE support. Other features include Bluetooth 4.1, Wi-Fi 802.11 ad band support (using which you can transfer data at heavy rates), GPS, NFC, MHL 3.0 (using you can connect this device to HD TV and play 4K videos), USB Type-C, 3.5mm audio jack, Wireless HDMI support, Le HiFi feature and AKG audio chip – this device has everything you can expect in a smartphone. (Wait, FM Radio? )

LeTV Max Pro has a 3400 mAh non removable battery. Even though the number looks big on paper, we cannot guarantee prolonged backup until testing because this device has to handle Quad HD display and high end processing. But if you are an average user, you can expect this device to last a day for you. No information on wireless charging/fast charging feature on this premium device. According to the leak, this guy is priced at RMB 3,500 (around $535) which means at approx ₹35.7k.

Even though it is a bit heavy priced, but it justifies in a lot of aspects with it’s specifications. Even though it isn’t a perfect smartphone yet, with a slightly less amount of battery and huge screen, but it offers various new technologies embedded like New processor, new wifi standard etc which would give you high end performance. The official announcement from the company is expected soon. If you are okay with the price, this device looks a great pick.