If you are an Apple lover, you might have already tried the Handoff between Mac and iOS devices that lets users to use iOS device from Mac. That is something, what Android users do not have at all. According to some people, AirDroid is such a feature, what Google should include in official Android version so that Android can compete with iOS in terms of hands free synchronization.

AirDroid has been available for Android and web from past three years and everything is running without having any delinquent. In fact, users have been asking for new features and AirDroid has just comprised all of them in the latest release. Today I am going to remark all the most useful new features of AirDroid.

This is the most awaited thing, what users have been asking for. You know that AirDroid has been available on Android and web. However, now, you can get the dedicated AirDroid software on Windows and Mac. Although, there is no such system requirements mentioned in the official website but it seems you can run it on a basic Windows and Mac machine. 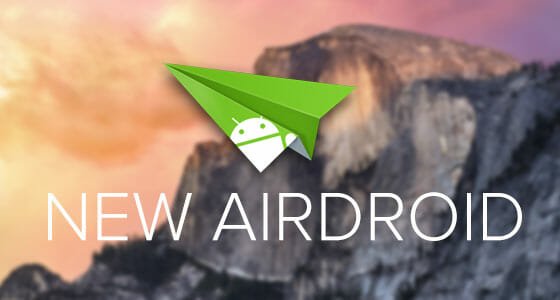 Now, you do not have to open any IP address in order to explore your mobile. All you need to do is set up everything on Android and PC.

You can get the software on official website of AirDroid.

You know that WhatsApp is a popular instant messaging client available for almost all major mobile platforms. Although, previously, this was not possible to use WhatsApp over AirDroid but now, you can do so. Whenever, you get a new message on WhatsApp, you will be notified by AirDroid. A popup will be displayed on the PC. The most interesting thing is you can mirror your mobile’s WhastApp window on PC and reply back to the sender aka friend. 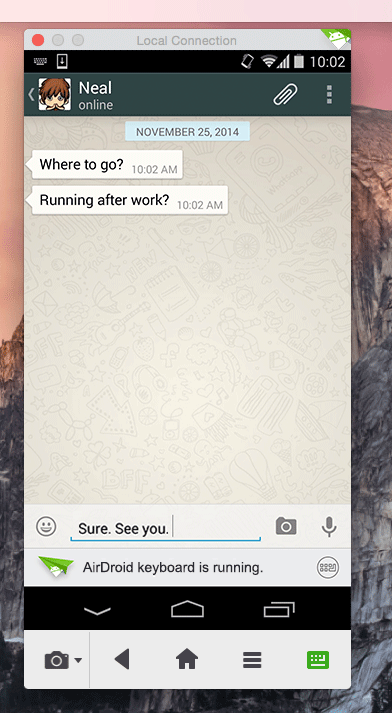 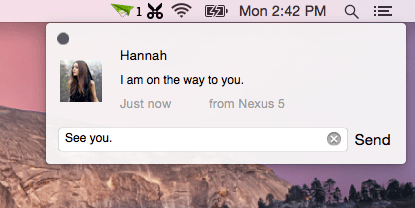 Suppose, your mobile is away from your PC but connected over AirDroid. At such moment, you have received a new SMS and you need to reply back as soon as possible. To do so, now, you do not have to get your phone and reply back. Instead of that, you can simply use your PC to do so. Just click on the notification of SMS and start typing your message. 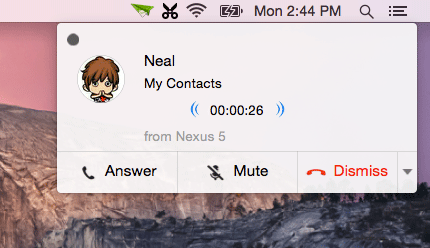 Alike WhatsApp and regular SMS notification, AirDroid will now let you know about the incoming call. Whenever, someone calls you on your mobile, you will get a real-time notification on your PC, which is connected via AirDroid. This would be also possible to answer, reject or mute the call using this app. 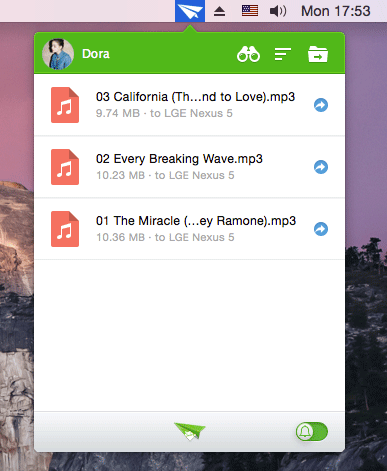 Certainly, the dedicated AirDroid app has brought tons of great updates. The stability and overall performance of Android app has been increased dramatically in the newest version. On the other hand, this Android app as got a visual design update too.