Specifications And Features of SF1 By Obi Worldphone

Obi worldphone, founded by former Apple CEO John Sculley in Silicon Valley launched a model named SF1 into the market recently with the intention of delivering a budget phone with nice specs. This is a budget friendly phone and came out with some nice specifications. So let’s take a look at the specs of this device and find out what it has to impress us with.

This device looks like having a unibody design with metallic accets and having shiny silver strips on top and bottom. Even though the phone body looks rectangular, the screen has rounded corners and beautifully got fit into the body. Overall the design looks stylish and impressive. 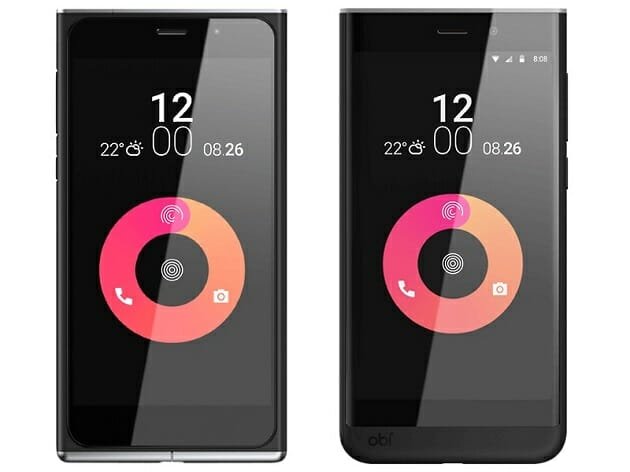 SF1 has a 5 inch FHD (1920 x 1080 resolution with pixel density of 443 ppi)display. On a 5inch screen, this resolution would give you great display with great quality, vivid color production, brightness and nice viewing angles. Also, this display comes with Corning Gorilla Glass 4 protection which we would see only on flagship phones to avoid screen damage.

The dimensions of SF1 are 146x74x8 mm. Even though it’s not the thinnest device, but it’s thickness looks appropriate. It weighs 147grams in hand.

Again, this device would give you nice performance and would work seamlessly handling multi tasking and HD gaming. You can also watch HD videos on this device. Storage wouldnt be an issue since it can be expandable.

SF1 features a 13MP auto focus camera with LED flash on the front having Sony Exmor IMX214 sensor with f/2.0 aperture. On the front, it has 5MP sensor with LED flash. The sensor on the back got beautifully fit in into the body of this device, without any bump outwards.

Again, since this camera has Sony sensor, you can expect nice performance from this camera. It would produce shots with sharpness and saturation. The font sensor has LED flash also to handle low light conditions. You can take selfie shots and perform video calling using this device.

This battery would give you decent performance and you can expect it to last a day if you are an average user. Since it also has quick charging feature, you can get this battery charged quickly if you are in hurry.

This is a budget friendly device. The 2GB variant is available for Rs.11,999/- while 3GB variant is available at Rs.13,999/- at Gadget360. It would be better to go for 3GB variant if you have couple of more thousands money as you can get better RAM and storage. Design looks pretty great and I liked it. Also, this is device has nice processor and camera and nice battery life. Overall for this budget, this device wouldn’t disappoint you. If you are willing to try a new device from a new company leaving Samsung and Motoroala behind, you can give this device a try.