The Chinese based mobile manufacturer, OnePlus, best known for delivering great quality smartphones in budget friendly category, finally launches 16 GB version of their major flagship of the previous year, OnePlus 2. This device already got good reviews all over the world and one of the best smartphones we’ve seen in last year. Even though this 16GB version expected to came out last year itself, somehow the company released this now may be to make us busy until the release of their next flagship. OnePlus had always been successfully strategic in marketing their products which took a major part in the growth of the company. The Invite system of their products along with top notch specs for possible lowest price and social media hype – all together made the company what it is today.

If you take a look at this OnePlus 2 16GB variant, many specs are similar with the original 64GB variant. The design of this device always been a delight, at least for me, with no presence of shiny alloys of metals. The sandstone back with smooth feel clean and the metallic strip all over the curved body gives you great look. Coming to display, as with the 64GB version, a 5.5 inch FHD IPS In-Cell display (1920 x 1080 resolution) which would give great visual experience with vivid color production, appropriate color production and amazing viewing angles. This display, also comes with Corning Gorilla Glass protection, to save your device from easy external damages. Coming to dimensions, this guy measures 151.8 x 74.9 x 9.85 mm all over and weighs 175 grams in hand. Definitely OnePlus 2 won’t give you any hard time while carrying and stays grippy in your hand. You can also unlock your device using your finger, since it features a fingerprint scanner on the front side (the home button)

Under the hood, same as the original, this guy features a 64-bit Qualcomm Snapdragon 810 SoC coupled with Adreno 430GPU which would give you a clean top-notch performance without any lags. On the storage side though, this OnePlus 2 16GB version would differ, otherwise no justification is done to the name. It comes with 3GB RAM and 16GB flash storage, unlike the original version, which had 4GB RAM with 64GB flash storage. Both devices share a common thing, that both aren’t expandable in terms of storage. 3GB RAM isn’t any less, so you can do multi tasking, high graphical gaming, HD video playback in this device as well without hesitation. Coming to software side, as it’s old brother did, this OnePlus 2 16GB version runs Oxygen OS on top of Android Lollipop v5.1. The software experience on this device is always been great giving smooth performing experience. 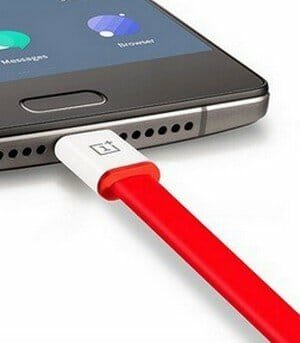 Turning the device backwards, OnePlus 2 16GB version features a rocking 13MP Laser Auto Focus camera (Dual LED, Optical Image Stabilization, 1.3um pixels, f/2.0, 4K video, slowmotion video @120fps) on the back, and 5MP shooter on the front, the same one we had seen in the original one. Without a doubt, this camera already proven itself with great quality shots with amazing color saturation. Having 4K video recording facility is another plus for this device using which you can record some crispy stuff. OnePlus 2 16GB is a 4G enabled Dual SIM (Nano+Nano) device with Bluetooth 4.1, Wi-Fi 802.11 a/b/g/n bands, GPS support. This device also comes with Wi-Fi Direct feature and USB Type-C port which may give you some trouble as we aren’t get used to it yet, but to which the future belongs to, so you better be. Battery backup on this device also great, you would get good backup time with it’s 3300mAh battery.

OnePlus 2 16GB version is available in Sandstone black color for ₹22,999. at Amazon, while the original 64GB variant with 4GB RAM being at ₹24,999. By looking at these two, you can easily find that both are similar in many aspects except in storage front, that too for only 2k price difference. If you could effort another 2k, which wouldn’t be hard for many people, you would get 1GB more RAM and 4 times flash storage. And mind you, this device isn’t expandable. Otherwise, no major thing to complain about regarding this device as it is a great performer. Oh, forgot to tell you, OnePlus X goes invite-free but unfortunately, not in India yet, where still you gonna need a country specific invite.