If you are looking for a mobile under Rs. 20000, you should look at OPPO F15, which is launched recently in the Indian market. It is quite challenging to choose a mobile under that price point, but this phone has made simpler. It comes with several unique functionalities and appearance that will help you to decide it effortlessly.

OPPO mobiles are popular because of having huge selfie camera, and almost the same thing is present in this mobile as well. It doesn’t matter whether you like this brand or not; you should be impressed after checking out the hardware and functionalities they are providing in this mobile. The main thing is the price, which is comparatively cheaper than other brands. In the Indian market, OPPO is selling this mobile for Rs. 19990 through Amazon. However, the price might be hiked in future. 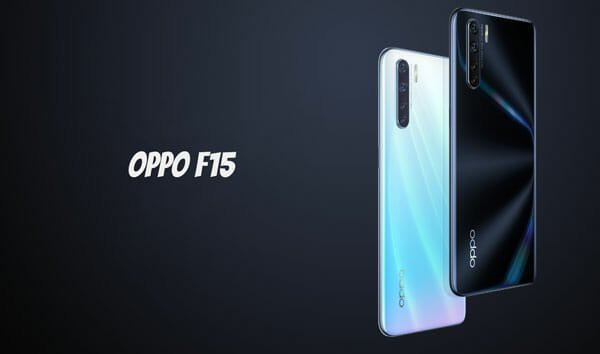 On the front, you might not find anything fancy except the in-display fingerprint scanner. However, the back panel looks quite different from other mobiles as it has a different glossy texture. It has two colour variants (Black and White), and both look pretty decent from the backside. F15 is a huge mobile, and the exact dimension is 160.2 x 73.3 x 7.9 mm. However, it doesn’t weigh a lot – to be precise; it is 172g.

The important is that you can find Gorilla Glass 5 to protect your screen from getting any scratches. Another essential thing is the 3.5mm headphone jack, which is extinct day after day. Apart from that, it includes USB Type-C for charging. Although it has a plastic body, it doesn’t look or feel cheap. However, a protective case would be preferred any day.

Like said earlier, it is a huge mobile and that means you get to see a big screen on this mobile. OPPO F15 comes with 6.4-inch AMOLED, a multi-touch capacitive display that carries a resolution of 1080 x 2400 pixels. The pixel density is good enough for colour reproduction, and you can find 408 ppi on this mobile.

The screen is bright, and it doesn’t create any problem in sunlight. The display is multi-functional as it includes an in-display fingerprint scanner in this mobile. According to OPPO, the unlock speed of this fingerprint scanner has been improved by 20% from past mobiles.

The performance of a mobile depends on various things, including chipset, memory, GPU, OS tuning, etc. Talking about the SoC, you can find 2.1 GHz Octa-core Mediatek MT6771V Helio P70 chipset in this mobile. Although OPPO has concentrated on the camera more than anything else, they could have included a better SoC. When it comes to the performance of this specific chipset, you might get satisfaction. But, when you will compare it with other same range mobiles, a slight disappointment will come for sure.

Regarding other aspects, you can find 8GB RAM with 128GB of storage in this mobile, which should be enough for gaming and multitasking. For graphics, they included Mali-G72 MP3 GPU, which is pretty good for this mobile. There is one more important thing that plays a vital role to spruce up the performance, and that is the operating system. It comes with Android 9.0 (Pie) based ColorOS 6.1.

The overall performance of this mobile should not bother you. However, if you use it for high-end gaming, you might find some lag, and there are more than one reasons for the expected result. 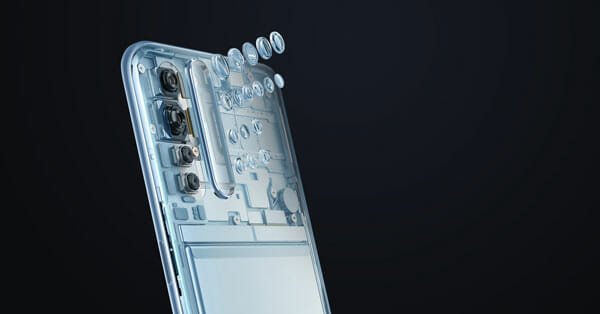 The camera is the central part of this smartphone. You can pick up any OPPO mobile, and the camera setup will amaze you for sure. For instance, OPPO F15 comes with a four-camera setup on the rear side. To be more specific, you can find the following sensors-

On the front side, it has a 16 MP f/2.0 sensor that will help you capture some fantastic selfies without any issue. As usual, you can find several modes to capture excellent photos. For example, there are professional mode, panorama, portrait, might scene, time-lapse, slow motion, etc. Talking about the video recording, you can record 1080p video at 30fps and 720p video at 30fps. Unfortunately, there is no option to record 4K using this mobile. One last important feature of the camera is the EIS that lets you record stabilised video.

OPPO F15 includes a 4000mAh battery, and they included a good charger in the box. The useful feature is the VOOC Flash Charge 3.0 that will help you charge your mobile very quickly. According to the official statement, you can put your phone on charge for five minutes, and you are good to go for two hours.

No matter whether you use multiple apps or play high-end games, it should last at least one day without any issue.

Apart from these, OPPO F15 included all the other essential equipment such as Wi-Fi, Bluetooth, FM radio, GPS, Wi-Fi Direct, Hotspot, etc. Considering everything, it seems to be a handy device for mid-range buyers.