Samsung, probably the best Android mobile makers, are heading over towards Windows. They launched Samsung Galaxy TabPro S. Now, here is Samsung Notebook 9 at CES 2016. Samsung actually launched this laptop in two different variants i.e. 23.3-inch and 15-inch. Obviously, there are some differences between those two laptops. In simple words, Samsung Notebook 9 is simply awesome in terms of features, configuration, looks and productivity.

Although, Samsung has several laptops and notebooks in the market but this time, they have made dozens of improvements in Samsung Notebook 9. Mainly the design part is much better than all the other laptops. The sleek design is far better than other same range laptops. In fact, it looks something like old MacBook Air from the front. Obviously, both devices have lots of differences, but the bottom side looks quite same.

If you are a Samsung lover or want to buy a new laptop for rough, regular or office usage, you can certainly opt for Samsung Notebook 9. The security part of this laptop is better. On the other hand, Samsung has made some enhancements in the battery section. On the other hand, the display quality is also good. Now, here are all the specifications of Samsung Notebook 9.

First thing first! The first variant comes with 13.3-inch FHD or Full HD display with a huge resolution of 1920 x 1080 pixels. Generally, Dell, HP and Lenovo laptops have 1600 x 900 pixels or 1366 x 768 pixels resolution. On the other hand, the second variant has 15-inch display with the same screen resolution. That means, the resolution would be same but you can find a little difference in size.

In terms of hardware, these are two awesome laptops. You will get Intel Core i7 processor with both of them. Although, the motherboard is not mentioned on the official launch website, but it seems they will carry Intel original as there is Intel Core i7 included in them. However, there is no additional graphics card. That means, you will get Intel HD graphics aka shared graphics.

The best part of these notebooks are you will get SSD instead of regular HDD. That means, the laptop will provide even better performance with the help of SSD. But, as the price of SSD is more than HDD, you won’t get 500GB or 1TB hard disk. However, 128GB and 256GB SSD are included in two different variants. No matter, what screen size you choose, but you will surely get two different variant aka 128GB and 256GB of each of them. Apart from that, you will get 4GB or 8GB DDR3 RAM. Although, this is not confirmed yet, it seems there will be an option for you to upgrade from 4GB to 8GB as there would be two slots for RAM. 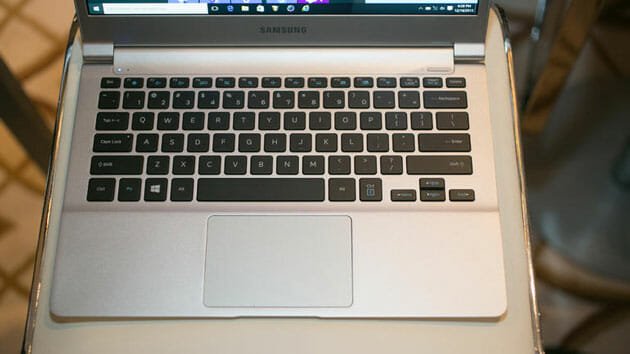 Talking about the external features or specifications, you will get 2 USB 3.0 ports in 13.3-inch version and 1 USB Type-C in 15-inch laptop. On the other hand, you will get HDMI, mini Ethernet, microSD and more others with both of them.

The price of these two devices are not disclosed yet. But, it would be public anytime. On the other hand, it will be available in the US very soon. But, other country would have to wait for few more weeks to get it on hand.