The software giant and mobile phone manufacturer, Microsoft, has launched a brand Windows phone named Microsoft Lumia 550, which is an entry-level mobile and comes with 4G support. Although, this is not new but, this is almost a unique thing that Microsoft has launched 4G LTE supported mobile at such a low-range. This is why Windows lovers can opt for this mobile. On the other hand, it comes with some other well-marked features.

Microsoft has started selling Lumia 550 in Europe from today and it will be available in other countries from coming weeks. Apart from the hardware, you can find some good software. Having said that, you will get Office 265 subscription (not confirmed) with this mobile. If you want to know more about other features of this mobile, you can find them here.

Although it doesn’t come with a different body or design but you can find a new logo in the back panel. As usual, you will get plastic body. However, the back panel is pretty impressive alike the front. Although, previously, Lumia mobiles had touch sensitive buttons, but now you can find softkey. On the other hand, the speaker seems smaller in this mobile, which is positioned on the back side. Apart from that, you will get camera with flash on the same side. However, the mobile is not too big. Actually, Microsoft tried to bring back the Lumia 520 or other mobiles like that. As usual, you will get a smaller screen. The dimension of this mobile is 136.1 x 68.8 x 9.9mm. 5.36-inch mobile is much smaller in this era. Nevertheless, the weight is quite higher than usual as it weighs 141.9g.

Lumia mobiles generally have average display, which is good for gaming but not good for image and video. As mentioned before, you will get a smaller screen in this mobile. As a result, a 4.7-inch display is included in this mobile which has capacitive touchscreen. This is needless to mention that you will get multi-touch support in this mobile. On the other hand, the screen resolution is 720 x 1280 pixels. In addition, the color depth is 16M and the pixel density is ~315ppi. In other words, there is nothing new actually. Some mid-range Windows Phones also have these same features – but they have higher resolution though. 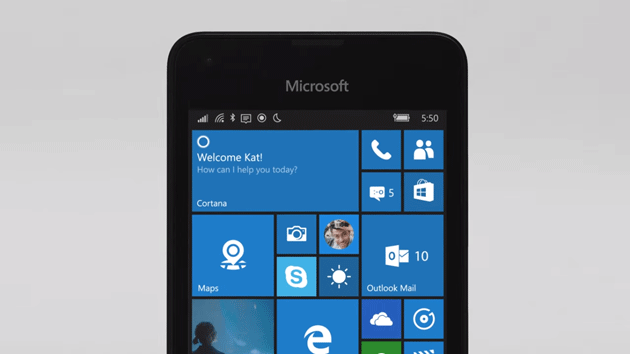 In terms of hardware (aka performance), this mobile seems a little bit better than other mobiles those come with same range. Although, the chipset is not very good but it is not too bad either. You will get Qualcomm MSM8909 Snapdragon 210 in this Lumia 550. On the other hand, quad-core processor is included along with that Snapdragon chipset. The color production is also better than usual as it has Adreno 304. Therefore, you can now play some high end games with a better performance. The nest thing is RAM. You will get 1GB RAM. This is where Lumia mobiles lag behind other companies. Some Android mobiles are having 2GB RAM at this range. But, you will have to be happy with only 1GB RAM. Along with that, you will get 8GB RAM, which can be extended up to 200GB using microSD card.

Although, Lumia mobiles have less mega pixel camera, but, they are capable of providing a great experience. This time, you will certainly get good clicks from its 5MP rear camera which comes with autofocus and LED flash along with some other regular features. The image resolution would be around 2592 x 1944 pixels. On the other hand, you can get 2MP camera. The another good thing is you can record video in 720p at 30FPS using the rear camera – 720p is now quite common though. 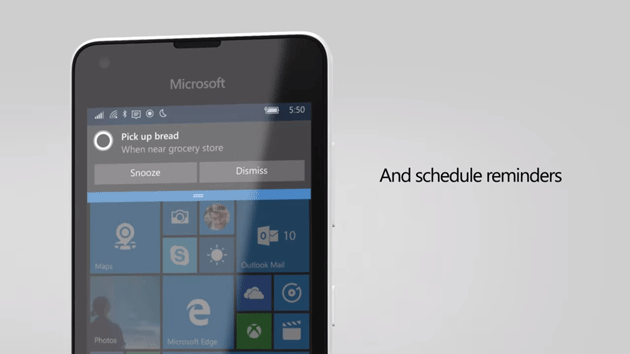 Generally, Lumia mobiles do not perform good on 3G. This time, you will get 4G. Therefore, there is very less chance to get a huge battery backup from this 2100mAh battery of Lumia 550. However, this is capable of providing 14 h talk time on 3G and 16 h on 2G.

Although, this mobile seems good, yet, this is not up to the mark when compared with other mobiles at that range. You should definitely check other mobiles before purchasing any new one.