We miss notifications on our android device being busy in other work. Some of those notifications might be important or we are interested in them and some of them might be boring and we do not need to pay attention for. But, we do not know what the notification is about until and unless we see them. So, have you ever thought of any alternative which reads out your notifications loud?

Android app by name Shouter is the one which reads out the notifications of your android device. This is called also called as Voice Notification App. So, from now you can know where those notifications did came from and whether do you need to look at it or not. Here are the things which you can do with Shouter Android App.

It reads out the name of the caller 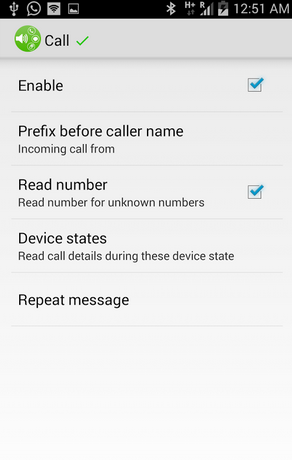 If there is any missed call, it reads out the person’s name who called you and you can decide whether you need to call them back or not.

It reads out your messages

If you receive many messages per day, you might have irritated to read them all. Install Shouter App and it will read put your messages as and when they are received by your android mobile. When you are in some important work, this app reads out the message and you can decide to reply to it or not. You can avoid looking at all unwanted messages. 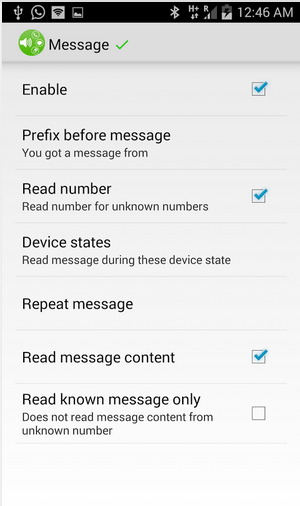 It reads out notifications from games

You receive notifications from games you have installed. It might be regarding new levels or it might be requests from your friends challenging you. Shouter app reads out those games notifications and you can decide whether you want to respond to that particular game notification or not.

Read notifications based on state of the device 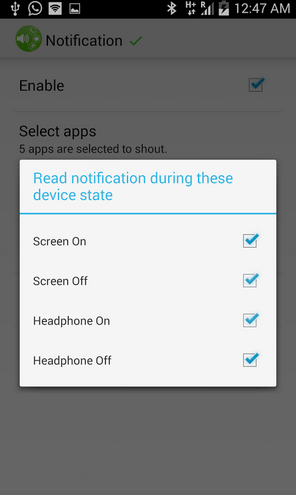 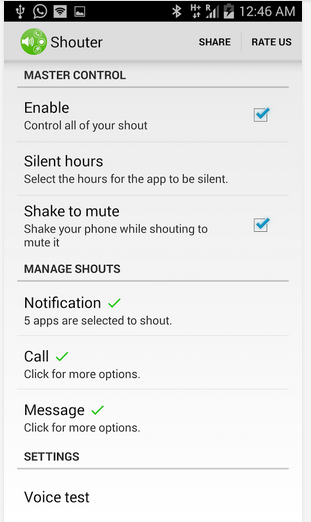 This feature of Shouter App allows it not to read out notifications received in that particular time. This is normally set during night time and meeting timings. You can even customize the app in many ways as you want. 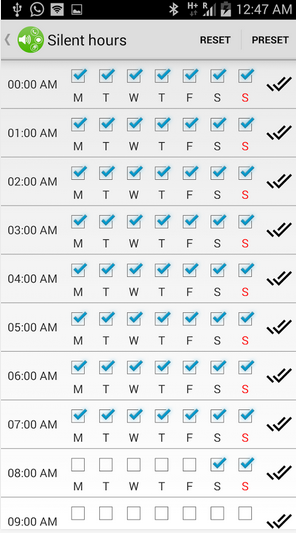 Shouter Android App let you know what’s all happening with the apps installed in your android device by reading notifications out loud. Install explore it.

Have you tried it before and want to add more about this Voice Notification App? Please, do share with us through comments.