The China based company which became the worlds 4th largest smartphone maker, Xiaomi announced another budget friendly device with great specs – Redmi 3. Most of it’s specs look similar with Redmi Note 3 which we had seen couple of months ago, except its processor and display.

If you look at the design, Redmi 3 has a unibody with beautifully crafted diamond patterned back. Nicely crafted design would give you premium look, and good feel while holding in hand. Coming to display, Redmi 3 has a 5 inch 720p (1280 x 720 resolution).Even though this display is 720p, but it justifies the price tag. On a 5 inch screen, 720p resolution would give you great touch responsiveness, great brightness (for which Xiaomi devices are known for) and nice viewing angles. The dimensions of Redmi 3 are 139.3 x 69.6 x 8.5 mm and it weighs 144 grams in hand. Another good thing about this device is, it is lot thinner, and much lighter. This itself shows how carefully this device got designed. Redmi 3 also has a fingerprint scanner, to enhance security of the device and works well. From pictures, this device seems to be available in three colors – black, silver and gold. 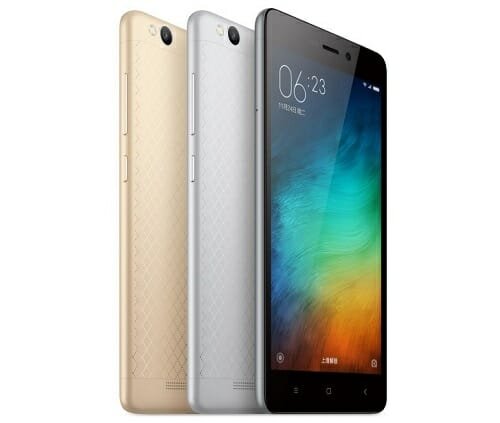 Under the hood, Redmi 3 features Octa core Qualcomm Snapdragon 616 SoC. Running MIUI 7, Redmi 3 comes with 2 GB RAM, 16 GB flash storage which can be expandable up to 128 Gigs using MicroSD (hybrid).Redmi 3 would run smoothly without any hitches handling multi tasking and gaming and video playback. Even though 16 GB limited storage could be a down side of the device, you can use MicroSD card as a backup (of course, you have to sacrifice a SIM) to avoid out of storage erros. Overall, you can expect pretty smooth experience in this device.

Coming to camera department, Redmi 3 has 13 MP (Phase Detect Auto focus, f/2.0, 0.1s Auto Focus) primary camera with LED on the back and 5 MP(f/2.2 aperture) sensor on the front side. Xiaomi is always known for delivering good camera performance with sharp images. So this camera also won’t disappoint you and give you nice shots. Even though we don’t have information about it’s video features, Redmi 3 is expected to shoot HD videos.

Xiaomi Redmi 3 has a huge 4100 mAh battery, which is huge battery compared to many other Xiaomi devices. Surely this device would give you better battery backup when compared with later not only because it is of more capacity, but also it has lesser display to handle. So, if you are an average user, you can definitely get a full-day backup on this device. This device also supports 5V/2A fast charging, when you are in hurry.

Coming to connectivity, Xiaomi Redmi 3 is a Dual SIM (SIM+SIM/SD) 4G LTE enabled device supporting other basic connectivity features such as Bluetooth, GPS and Wi-Fi. According to the announcement, this device is announced in China for RMB 699 (approx ₹7.1k). 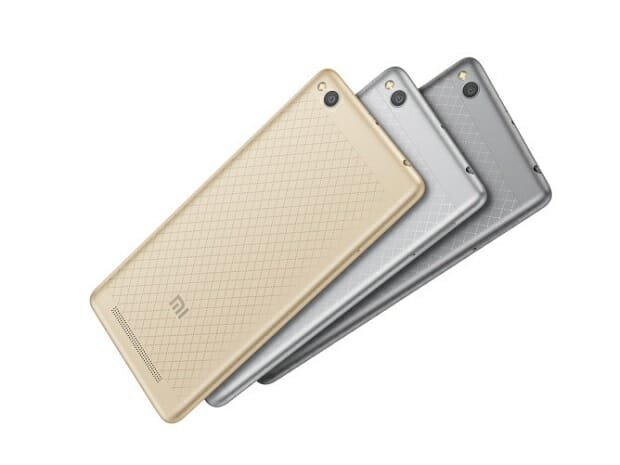 Clearly, Xiaomi Redmi 3 is a great device with nice specs with the budget-friendly price bracket. In fact, it is one of the few devices to offer a fingerprint scanner, at this price bracket. It has new shiny premium design, nice display, processor, camera and great battery all you need under 8k bucks. Even though it doesn’t have features like NFC, FM Radio, large display, which we see in mobiles with similar price bracket, Redmi 3 excels in many aspects. According to some people the problem with Xiaomi is it’s pale custom UI. But not everybody is same, so if you aren’t a fan of stock Android experience, and looking for a budget friendly device, this device could be a great pick with Xiaomi’s promise.

Complete details are yet to be announced and this device is expected to hit the world market soon.