How do you define the term “Smart Phone”? Well, some people might know the answer, but if you don’t know, no need to google it on your smartphone, because that definition is no longer valid. Now a smartphone is a device which we are most attached to in our lives. Year by year, people using smartphones are getting increased, along with number of companies that are entering into this business. Specially in a country like India, smart phones and tablets are getting popular day by day.

In this essay I will try to address the trends we’ve seen this year and what we can expect in future. 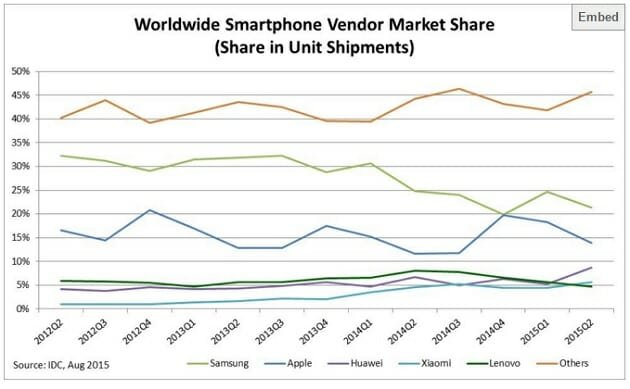 Coming to India, we saw similar picture in sales.

According to Analysis by IDC on Indian market, 26.5 million smartphones were shipped in the second quarter of this year to India, which was 44% hike from last year Q2, which was 18.4 million units. Compared to first quarter of 2015, this is 19% growth. In complete year 2015, we had 59.4 million units which is 6% decrease from last year 2014, which had seen 63.2 million shipments. 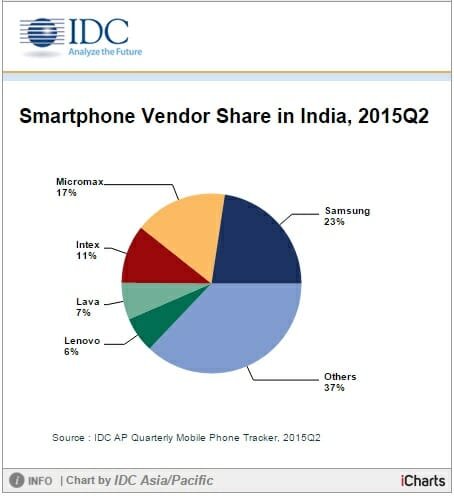 According to IDC, top companies in India in terms of sales are Samsung, Micromax, Intex, Lava and Lenovo. Being a foreign company, Korean tech giant Samsung was able to continue holding first place in Indian smartphone market with 41.6% market share by value, according to Economic Times. While Samsung could continue its first place in Indian smartphone market, there was a tough competition between Micromax and Intex for second position this year.

Especially in India, we’ve seen technology reaching more and more people. Initiatives like Digital India, MakeInIndia by Indian Government made companies like Lava and others to establish plants in India to manufacture more smartphone units. Technology companies like Google and Facebook also concentrating on India as they could see a huge consumer base and opportunities. Initiatives like Internet.org by Facebook and Android One by Google helping technology more affordable by large people.

Pricebaba, an online platform suggests best deals on tech gadgets, conducted a study in September on prices of top 150 smartphones comparing both online and offline markets.

This study itself shows that how ecommerce changing the face of India especially growth in sales of smartphones comparing offline stores. People started using online stores as they are delivering product fast with desired quality. Some company products like Apple doesn’t have local stores in India so, if you want to buy them, you have to depend on e-commerce website.

This year also witnessed revolution in Smart Phones where prices of mobiles are decreasing with improved features. Companies are targeting to sell more number of phones to improve their shares in the market. Many companies like OnePlus, Motoroala, Lava, Gionee, Micromax, Samsung are building products which fall in below 15k price range making them available for average consumers. Especially large chunk of people from India do not want to change their mobile more often, and want to have best features with lowest price possible.

Recently, one of the India’s popular e-commerce website Flipkart shared their future moves with YourStory . According to that, their purchase data reveals that Indian smartphone market has greater demand for phones falling in 7k-12k price bracket. This is the reason why The Lenovo-Motorola combine has surged into the top 5 among smartphone vendors in India. The success of Micromax canvas spark which came out earlier this year proves that there is a lot of scope for sub- 100$ phones in India.

The success of Samsung this year also proves the same thing. While building high end flagships in the lines of Galaxy and Note series, the company also producing various variants in 10-15 k price range. That is why this company became favorite of average consumers as well as rich people. On the other hand, Apple, even though stood in second position worldwide with their iPhone 6s , 6s plus and iPad Pro, couldn’t make a mark in Indian super market. It doesn’t have a single store in India yet, also their phones are grapes in the sky for many people.

According to a study, only 20% of people in India have access to Internet and only 14% of people own a smartphone. This statistic itself is a proof that there is a lot of scope for Smartphone business in India. As I said earlier, this customer base is attracting tech giants and even every Chinese mobile manufacturing company is entering into Indian smartphone market to test their fortune. This year itself, we have seen couple of new Chinese phone companies entering into Indian smartphone market and it will continue to attract vendors from all over the world for next couple of years.

In one word, 2016 would bring technology even closer to our lives.